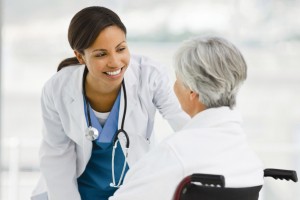 Penticton, British Columbia is located at the southern tip of Okanagan Lake in the Okanagan Valley. This dry, warm city is home to just under 50,000 people and a great deal of agriculture. The age range in Penticton is diverse but its mindset is younger and more alternative. Unlike its neighbors to the north, Kelowna and Vernon, Penticton is less of a retirement area and more of a hipster population than anything, so its healthcare services differ somewhat from that of Vernon and Kelowna.

Penticton Regional Hospital serves the residents of Penticton with a sizable facility for medical practices and procedures. This reputable hospital offers the public a health option for emergencies and inpatient medical care. The private practices in Penticton are also highly regarded, and offer the public an array of seasoned medical professionals who specialize in a variety of fields. Residents have access to medical, dental and specialized areas of medical care. Penticton also has full service labs that are largely independent; very few specimens need to be sent out of town for processing.

The mentality of Penticton towards medical care is somewhat relaxed. The population is younger than in other Okanagan cities, as well as more liberal. For example, the public and the police in Penticton are far more tolerant of marijuana than in Kelowna or Vernon. The population is more independent about their healthcare and rely more on basic good health practices than they do on the medical industry. This is a primary reason for the marijuana use. Penticton residents are more likely to self medicate with mild herbs or recreational substances than they are to be diligent about their doctor’s orders. Penticton has a diverse population with a vibrant youth culture that is keen on health awareness but likes to be as independent as possible when it comes to personal healthcare.